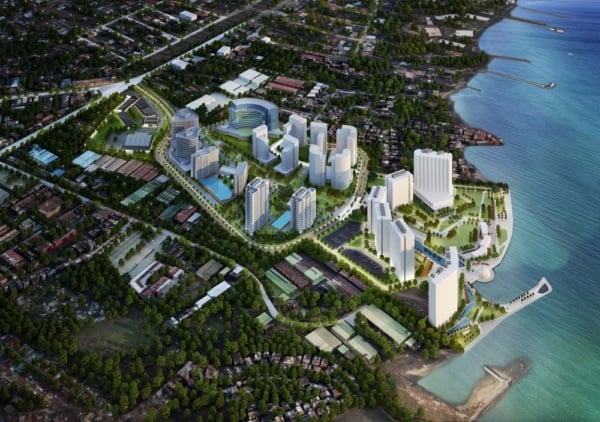 Azuela Cove is a new development in Davao City, which is dedicated in providing investors a chance to purchase commercial lots. But just when you thought that cities are all about buildings, highways, and bustling communities, this new project will change all of that. While Alveo Land is currently focused on providing a wide range of investment opportunities for those who are interested in this new development, the commercial lots for sale are the main focus for the developers. In addition to the commercial lots, this development will also consist of low to mid-rise residential towers, offices, event venues, and a waterside cove. All of these developments are aimed at the location of the development, which is close to the Davao Gulf.

The commercial lots sold at Azuela Cove are just one part of a master-planned development that consists of beautifully modern architecture and lush landscapes. Hence, it is a refreshing departure from the traditional urban panorama that is focused on steel and concrete. There is a secured, resort-like, and exclusive feel to the entire development area. The future residents and commercial lot owners at this site will be able to enjoy a relaxing ambiance.

Alveo Land is a real estate development firm that is a former subsidiary of Ayala Land. Eventually, it was created as its own branch of real estate firm that is dedicated to developing vibrant communities in progressive cities, such as Davao City. The investors and property buyers can therefore take advantage of the developments offered by Alveo Land since they are distinctively known for being located in strategic areas. The unparalleled excellence and commitment at realizing its missions and goals has driven Alveo Land to success. Today, it is one of the top real estate developers in the country and is the name behind many notable projects nationwide.

Azuela Cove is just one of these major projects under Alveo Land’s belt, and also the newest. The unveiling of the PhP 25-billion project between Ayala and Alcantara through Azuela Cove was unveiled last August 2017. This is a partnership between the real estate giant and a homegrown brand in an effort to capitalize the location of the development to attract potential investors. It is also a great opportunity to provide livelihood for the locals of Davao City as a new infrastructure comes into the city. The entire waterside development covers 25 hectares of land and can produce up to 13,000 jobs during the construction period.

As mentioned above, Azuela Cove is a master-planned and mixed-use community. While there are plenty of residential lots and units available, the main focus for the developers at Alveo Land are the commercial lots. The commercial lots can be used for opening business and retail establishments, event venues, shops, or even as offices. The commercial lot developments can provide a place of recreation and relaxation for the future residents of this small but vibrant community. The presence of these commercial properties can enable residents to live a balanced and dynamic lifestyle, too.

The overall development site for Azuela Cove will be divided into three distinct zones. The first zone is the urban gateway park, the next one is the central valley park, and the last zone will represent the waterfront park. Aside from the plan to develop the property in three phases, there will be 2,000 condominium units available for sale. In addition to the residential units, up to 7,000 square meters of retail and commercial space will also be available for lease or sale at this development. The commercial lots and spaces will form the heart of this development. The aim is to create a vibrant community wherein the future homeowners at the site can have access to their retail and shopping needs without the need to go downtown.

This integrated mixed-use community and development is nothing new to Davao City. After all, Alveo Land has also become a part of the Ayala Abreeza Business Park wherein offices, malls, and condominiums are integrated into one community. However, Azuela Cove is unique due to its waterfront location. As waterfront properties are typically sought after, the developers have high hopes that this new development will also earn the same level of interest.

Azuela Cove is located at the former site of Alsons Plywood in Lanang, Davao City. This new project hopes to introduce a multi-faceted development to Davao City that will not only provide new investment opportunities, but also bring the concept of fun living to the city. While it might not be located at the heart of downtown, its waterfront location is going to be the main appeal of this development.

Ayala Land Azuela Cove in R. Castillo St, Buhangin, Davao City, 8000 Davao del Sur, Philippines is a premier Condo project available for sale. If you're looking to rent or purchase Azuela Cove, then check here first. We have full details of Azuela Cove updated regularly as well as everything you need to know about the availing and booking process, broken down into stages that includes selecting a unit, choosing a payment plan and buying your dream home at the right price. For price list, free site tripping or showroom visit, personalized service, model house, unit plans, floor plans, payment terms, CHAT LIVE with an agent 24x7. Always only buy from PRC licensed Real Estate Brokers and Agents.